For Brazilian agribusiness, leaving the Amazon forested is ‘a problem’ 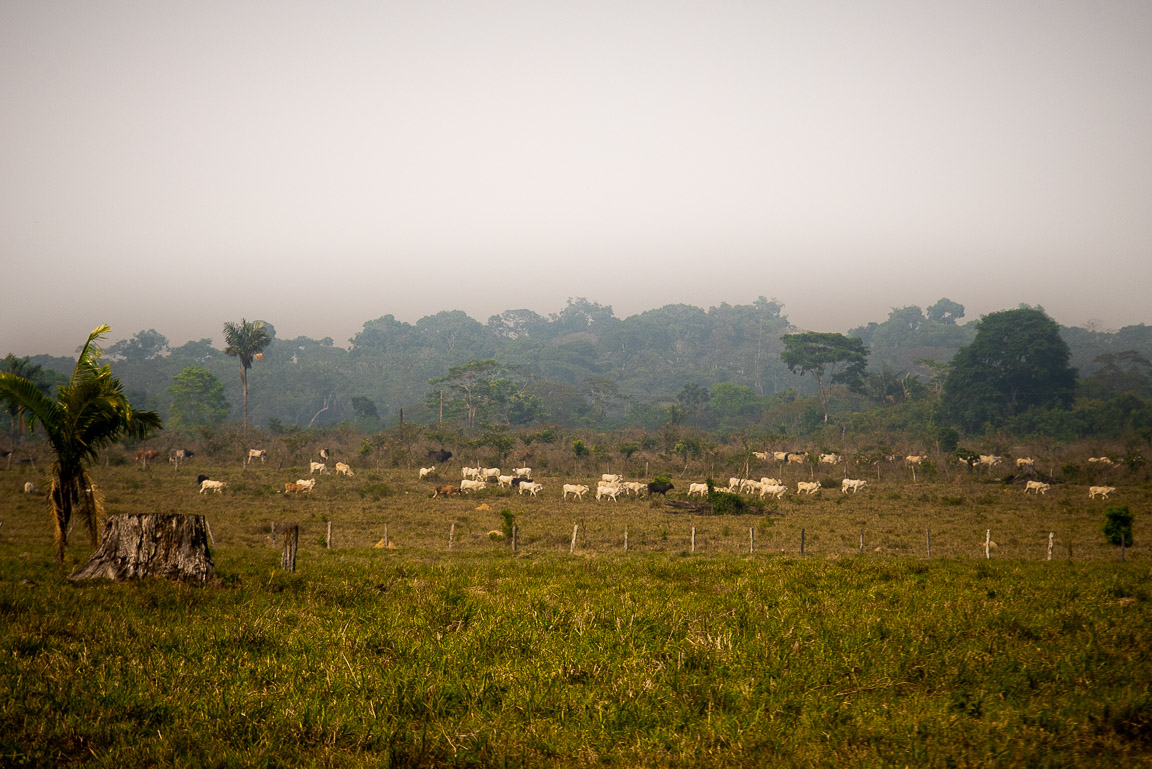 The Brazilian state of Acre lost 688 square kilometers (265 square miles) of forest in 2019, up 55% from the previous year and the third-biggest expanse of deforestation among the country’s Amazonian states. But Assuero Doca Veronez, president of the Acre Agriculture Federation, is not troubled by this statistic. “For us, deforestation is a synonym for progress, as much as this might shock people,” he says. “Acre doesn’t have minerals. It has no potential for tourism. What it does have is some of the best land in Brazil. But this land has one problem: it’s covered in forest.”

Veronez is the founder of Amacro, a project that aims to impact three Amazonian states and is inspired by Matopiba, a similar initiative that straddles the intersection of the states of Maranhão, Tocantins, Piauí and Bahia. Matopiba largely overlaps with the Cerrado, a vast savanna-like landscape that is today the heart of Brazil’s soybean production. Veronez says he wants to bring that agricultural development model to the heart of the Amazon, encompassing the southern part of Amazonas state, the Rio Branco area of Acre, and northern Rondônia state: Amacro. The objective, he says, is to attract investment. “The very creation of a special geographic zone for development fosters investment attention.”

Edivan Azevedo, the Acre state secretary of production and agribusiness, says this territory some similar characteristics to Matopiba, but lacks a development plan. “We will be able to create public policies targeting this region, bolstering production by having the scale of the three combined states and optimizing the electrical infrastructure, roads and capacity for storage and grain drying,” he says.

The municipalities that would comprise Amacro represent just 12% of the combined area of Amazonas, Acre and Rondônia, but 30% of total deforestation in the three states last year (down from 47% in 2018).

The state lines are already being amalgamated. Farmers from Rondônia have purchased land in the south of Amazonas, expanding the agricultural frontier inland in the neighboring state. The same region also draws farmers from Acre. In both cases, they are mostly motivated by the possibility of clearing land for cattle ranching. The Amazonas municipalities of Boca do Acre and Lábrea, which will be located within Amacro, saw their herds grow by 38% from 2008 to 2018, reaching a total of 510,000 animals. In the same period, the combined deforested area grew by 45%.

Joel Bogo is a lawyer with the Federal Public Ministry (FPM) based in Rio Branco, the Acre state capital. Environmental and land crimes committed in Acre and southern Amazonas are often connected, so he’s used to working with colleagues across the state line. “In this region, there is a disorderly occupation of territory. In areas that have different aptitudes, like the creation of preservation units, the demarcation of indigenous lands or territories for traditional communities, there has been a process of occupation without technical criteria,” he says.

The Amacro project is being developed by Embrapa Territorial, an arm of federal research institute Embrapa that’s in charge of intelligence regarding land use. Its staff were responsible for producing the Agricultural Development Plan of Matopiba, a region that has made great strides in agricultural production and which was institutionalized in 2015 by presidential decree under the administration of Dilma Rousseff. Embrapa Territorial did not respond to Mongabay’s requests for comment.

According to a study by Arilson Favareto, a professor at the Federal University of ABC, over the past 30 years Matopiba went from a region of low economic dynamism to a vibrant frontier, accounting for roughly 10% of Brazil’s grain production. But this development has come at a high environmental cost: from 2013 to 2015 Matopiba lost 18,962 km2 (7,321 mi2) of forest cover, an area 12 times the size of New York City.

“The image of productive vigor doesn’t translate into an equal elevation in standards of well-being — there is more poverty and inequality than wealth and well-being in Matopiba,” Favareto writes in his study. He analyzed indexes of demographics, GDP, income, inequality, poverty, life expectancy, and infant mortality. Based on these data, he created a classification system showing that 58% of municipalities in Matopiba are impoverished, 19% are unjust, 13% are wealthy, and 8% are healthy.

Acácio Zuniga Leite, a researcher at the Matopiba Observatory of the University of Brasília, agrees that the region remains “extremely poor.”

“What we are seeing in Matopiba is a generation of wealth that does not remain in the region. The human development indexes are not improving and the concentration of income and property keeps getting more extreme,” he says.

Analyzing data from the 10 municipalities in the region with large soy harvest areas, Leite was able to verify a process of land concentration. According to the 2017/2018 agricultural census, the average size of farms in these municipalities is around 300 hectares (740 acres), more than four times bigger than the national average of 69 hectares (171 acres).

Land prices have quadrupled in some municipalities of Matopiba, exacerbating land disputes. According to data from the Pastoral Land Commission (PLC), the number of land conflicts in the states that comprise Matopiba rose by 72% between 2008 and 2018, from 268 to 462. These conflicts include all acts of resistance and confrontation for the possession, use and ownership of land, as well as for access to natural resources, that occurred in rural areas. “What we’re seeing there in Matopiba is a process of advancing capital, the cornering and expulsion of traditional communities and an increase in conflicts,” Leite says.

Amacro’s defenders say the deforestation rate in Matopiba will not be repeated in their proposed region. They point to the legal reserve, the percentage of land that must be preserved from deforestation: In the Cerrado, which accounts for 90% of the area covered by Matopiba, the legal reserve ranges from 20% to 35%; in the Amazon, it’s a much more restrictive 80%. Evandro Padavoni, the secretary of agriculture in Rondônia, says the project will be environmentally sustainable and diverse in production: “For example, coffee, […] the farming of Amazonian fish, cacao plantation that we’re using to revitalize the state, dairy farming, the flagship of family agriculture, Amacro is going to be working with all of these chains of production.”

Azevedo, the Acre agribusiness secretary, echoes that stance, saying the objective is not to clear new areas, but rather to optimize the use of previously deforested land. “It doesn’t mean an expansion of the agricultural frontiers, but instead taking better advantage of the land we have already cleared,” he says. “On the same soil you’re going to produce a corn harvest, a soybean harvest and a beef harvest. While in an extensive production, you have just one beef harvest the entire year at most.”

Amacro’s founder Veronez, however, says the project will certainly lead to more deforestation. “If it’s within the limits set by the Forest Code, I don’t see anything wrong with it. It’s going to be cleared one way or another,” he says. “All the areas within the legal limits will definitely be cleared, whether for ranching or agriculture, with or without Amacro.” The government of Acre has indicated it’s not too concerned about curbing illegal deforestation. In a speech last July, Governor Gladson Cameli instructed agribusiness operators not to pay environmental fines. “Don’t pay any fines, because I’m in charge here now,” he said.

It’s this kind of attitude that leaves federal prosecutor Bogo worried about what Amacro will bring. “In recent years, this region has suffered an increase in the arc of deforestation. It is concerning that the environmental agencies, the secretariats of the environments, are not taking part in this process,” he says.

No deeds of ownership

Another warning sign is the lack of land title regulation, which state governments point to as priority number one for Amacro. The distribution of land titles is also cited as a way to tackle deforestation. Proponents say it would allow producers to obtain credit to invest in technology that would increase the land’s productivity, thus preventing the clearing of new areas. It would also ensure that those guilty of environmental crimes can be identified and held responsible.

“The federal government urgently needs to regulate land titles in the Amazon,” Padavoni says. “That way we can do away with illegal deforestation. Today, when deforestation starts taking place, inspectors go to the site and they aren’t able to find those responsible.”

In Acre, land title regulation has become one of the state government’s goal, with Governor Cameli promising to deliver 16,500 land deeds by the end of his term in 2023.

Bogo says promises like these have generated false expectations in the Amazon hinterland, by making it appear that any situation can be regularized. In practice, the law limits cases in which it is possible to grant a deed of ownership. One of the legal criteria to acquire a deed states that farmers must prove they have occupied an area since 2008. “In areas where occupations took place subsequent to this legal milestone, we see that people have created expectations for regulation, at times fueled by dishonest people, or even by ignorance,” Bogo says. This misperception stimulates the invasion of new areas. “Spreading the idea that land title regulation is the solution for all problems risks encouraging the occupation of new areas with the expectation that this is going to be regulated by law.”

Translated by Matt Rinaldi and published in english by Mongabay. 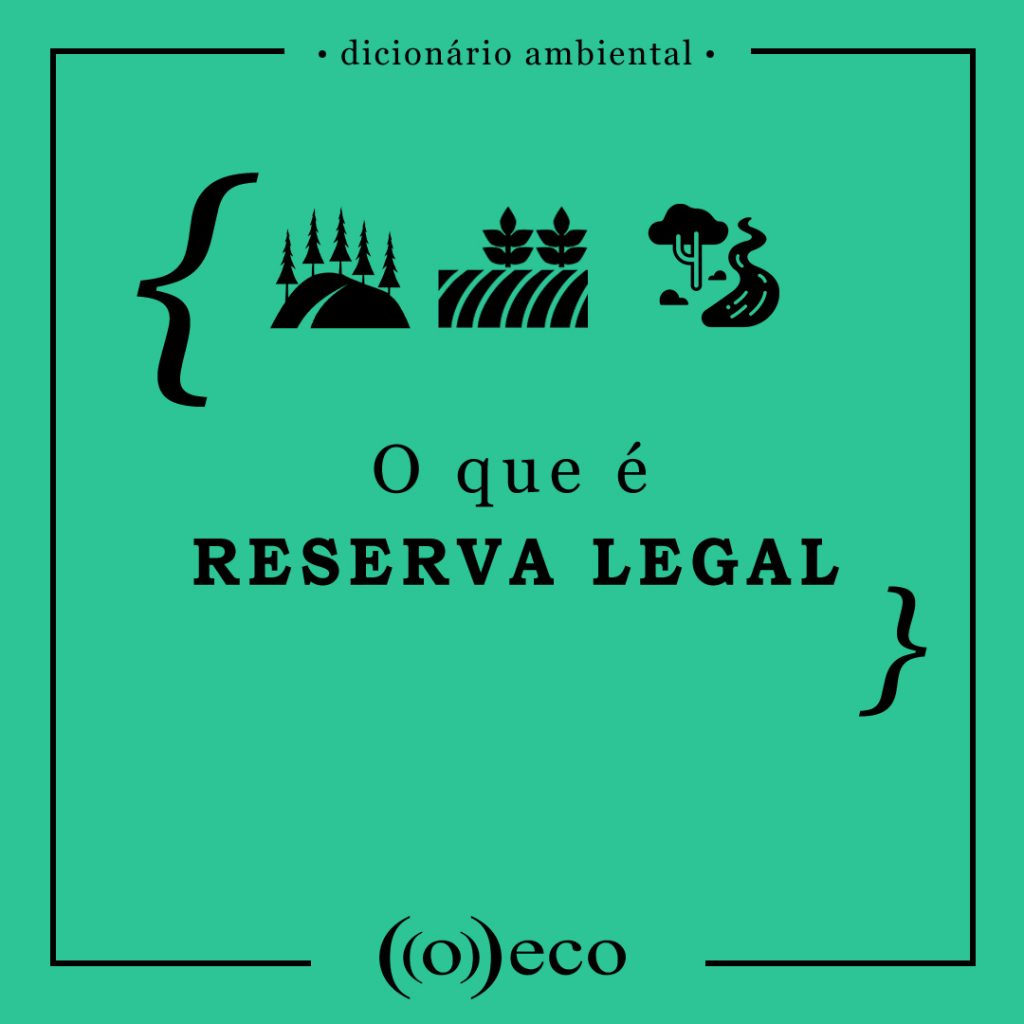 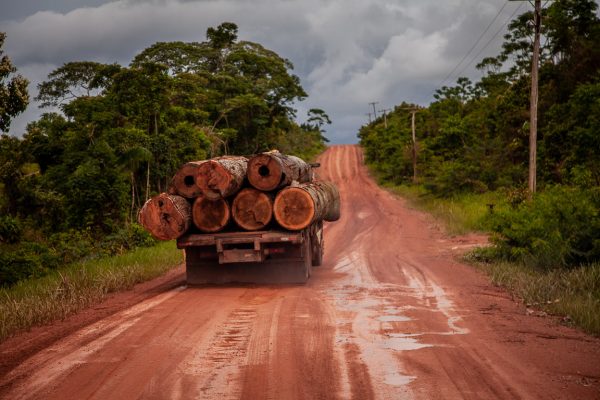 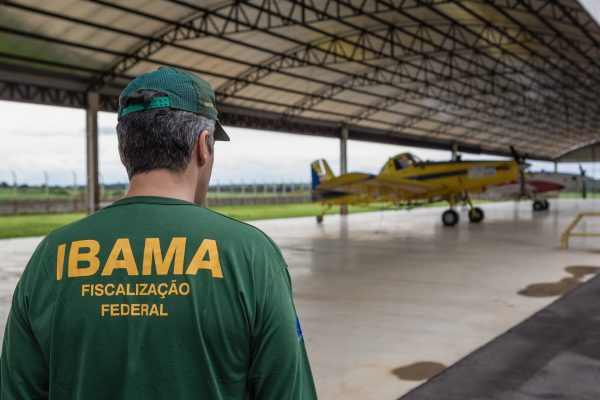