The Brazilian government wants to open a road through the largest protected tropical forest area in the world, a territory greater than the United Kingdom. But scientists, environmentalists and indigenous activists are worried it will be another huge infrastructure project that wreaks havoc on the rainforest with scant economic benefits for local people or the nation.

“It will have migration of people to this region, and also of investments and companies that want to explore these natural resources,” says Philip Fearnside, a leading researcher on deforestation in the Amazon. “It will open a new front of invasion and mining.”

“It will be a huge destruction,” says Adriana Tawana Kaxuyana Tiriyó, a member of an indigenous group living in Aldeia Santo Antônio, one of the communities the road will cut across. “[President Jair] Bolsonaro just wants to plant soy and to take off the timber.”

The road plan was originally drawn up by the military dictatorship that governed Brazil between 1964 and 1985, and was resurrected by Bolsonaro shortly after he took office at the start of 2019. Even in the 1970s, when the project known as Barão do Rio Branco was conceived, it was criticized for being economically unviable and socially and environmentally destructive.

Under the scheme, the BR-163 highway would be extended by about 1,000 kilometers (620 miles) over the Calha Norte, a vast forest area located between the Amazon River and Brazil’s border with Suriname. This road already connects the soy-producing regions to the south of Brazil with the river ports of Miritituba and Santarém.

Although the road’s final route has not yet been decided, it will inevitably cut through a huge mosaic of protected areas, in addition to land belonging to indigenous groups and quilombolas, the descendants of escaped African slaves.

“There are 22 million hectares [54 million acres] of protected areas that store carbon,” says Jakeline Pereira, a researcher at Imazon, a leading Amazon conservation research institute. “This is also essential for controlling climate change.”

The Trombetas State Forest, one of the four conservation units that the road would cut through, stores 2.3 billion tons of carbon dioxide — more than Brazil’s entire emissions in 2018. Calha Norte is also an area rich in biodiversity: 40% of its species are found nowhere else on Earth.

“The majority of this area is protected, precisely because it is inaccessible. So, any enterprise like the construction of a road can entail the deforestation in this region and the invasion of land grabbers,” Pereira says.

Fear of disruption in indigenous territory

Residents of the indigenous village of Aldeia Santo Antônio say they fear the road, which is likely to pass by the village, will disrupt a life of natural abundance. Dinner tables here are filled with fish, meat and fruit. Women prepare beiju, a type of pancake made from cassava, while children bathe in the Paru do Oeste River.

“In the past, my grandparents lived well,” says Zenilton Kinumu Tiriyó Kaxuyana, 29, an indigenous leader. “Then the karaiwas [white men] arrived, they brought illness, and the old ones died. The karaiwas are playing with us.”

Currently, the only way to access the community is a two-hour charter flight over dense forest. Even so, the cacique, or chief, of the indigenous village, Aguinaldo Waratana Kaxuyana, is against the road. “Many animals and fishes will die. We know that the karaiwas don’t know how to take care of the forest like we do. We prefer to stay away, like we are now.”

Environmental officials say the people of Aldeia Santo Antônio are right to be concerned. “One highway generates another,” says a veteran environmental inspector, who asked not to be identified for fear of retaliation. “And all the economic actions that will take place along the highway are also unpredictable, such as new agricultural expansions and the installation of electricity.”

Even before construction gets underway, land speculators are already moving into Calha Norte, an area where 90% of the forest is untouched. They are already cutting down trees for timber and clearing areas for livestock.

Since 2000, cattle ranching has grown by 87% in Calha Norte. “The deforestation in the region is small, but has been growing in the last years,” Imazon’s Pereira says. “There has been speculation to open new areas, sell lands, etc. The Calha Norte is not immune, it is beginning a process of pression.”

“It’s an invasion.” says Raimundo Torres da Silva, 71, who owns a farm in the countryside of Oriximiná, one of the municipalities of the region. “If the road goes ahead, a lot more people will come.”

In the neighboring city of Óbidos, Giovanni Bentes Giordano, the president of the Rural Producers’ Union is optimistic about the Barão de Rio Branco project. “The simple fact that you have this highway passing here would attract investments to this region,” he says.

Opening the way for mining in the Amazon

According to a survey by the São Paulo Pro-Indian Commission, an organization that supports the quilombolas of Calha Norte, in the municipality of Oriximiná alone mining companies have submitted 265 requests for exploration on indigenous lands and 84 on quilombola lands.

The territory is close to the National Copper and Associates Reserve (RENCA), an area the size of Denmark that is rich in copper, gold, titanium, tantalum and tungsten. In 2017, then-President Michel Temer suggested opening the area to private-sector exploitation, a measure that may be pushed through this year by Bolsonaro.

The government’s main justification for the extension of BR-163 is the creation of a new route for soy produced in the midwest to be exported to China and other overseas markets. But critics have questioned the logic of this move. Experts say there is already sufficient capacity on the roads, rivers and ports of northern Brazil. The ports of Santarém and Miritituba, on the Amazon River, can handle the flow of the soy; both currently operate below their maximum capacity.

Beyond this, the project is motivated by the same nationalist objectives as in the 1970s: to occupy the Amazon to protect it from alleged foreign threats.

The sovereignty justification is clear from slides presented during a meeting in April 2019 between government officials, politicians, entrepreneurs and ruralists in Belém, the capital of Pará state. The presentation painted the work of environmental NGOs and even the Vatican as threats to Brazilian sovereignty in the region.

The last time the Brazilian government officially weighed in on the project was in September 2020, when it said the Barão do Rio Branco project was still in discussion, with no indication of when work would begin. In November, the minister of economy, Paulo Guedes, mentioned the extension of the BR-163 as a way to reduce the transport time for Brazilian soy to China.

To Fearnside, the lack of a sound economic rationale doesn’t mean the extension of BR-163 isn’t going to happen. He cites two examples of projects with high environmental costs to the Amazon.

The Belo Monte dam, one of the biggest in the world, was constructed without regard for the fact that the Xingu, the river that supplies it, undergoes periods of low flow. The lack of water has meant the dam now stays turned off for five months of the year. It was built to generate 11,233 MW of electricity, but produces 4,571 MW, or 40% of the promised capacity.

The other example is the Balbina dam. It was so expensive and produces so little energy that the price per kilowatt generated is $3,000. By comparison, the Tucuruí and Itaipu dams generate power at $675/kW and $1,206/kW, respectively. To build Balbina, almost 3,000 square kilometers (1,150 square miles) of land had to be flooded, displacing two indigenous villages.

“The lack of economic rationality doesn’t prevent big projects to be done, when there are political motivations,” Fearnside says.

* This story was produced with support from the Rainforest Journalism Fund in partnership with the Pulitzer Center and ((o))eco.

** Published in english by Mongabay. 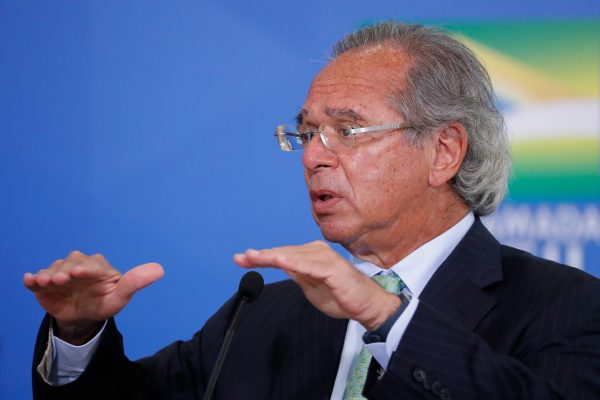