Land embargoes and more than 20 million Brazilian reals in fines ( 6.4 million dollars), but the list of penalties applied year after year by inspectors of Brazilian federal environmental agency ICMBio has not been sufficient to persuade a farmer to remove thousands of cattle head kept illegally within the Nascentes da Serra do Cachimbo Biological Reserve, in the south of the State of Pará. In this case, the penalty would be to seize the herds. However, this course of action has not been an option for the environmental agency. “For years we have been unable to seize and remove livestock from protected areas in Pará”, says Diego Rodrigues, who coordinates ICMBio’s surveillance team in the BR-163 region, a highway that cuts through the Amazon forest.

According to Rodrigues, the obstacle to the removal of cattle has a name: Agricultural Defense Agency of Pará (Agência de Defesa Agropecuária do Pará; Adepará), responsible for issuing the Animal Transport License (Guia de Trânsito animal; GTA), a document necessary for any movement of herds in national territory. Adepará, a state agency, however, has ignored the requests of ICMBio, which in 2017 alone have already issued  two formal requests for information on how to proceed after seizing animals. “They ignore our contact. Our hands are tied. Even if we apprehend the cattle, we can’t move it, because we do not have the GTAs, the transportation licenses.”

“We know the agricultural sector fears opening these data [Animal Transport License] to environmental agencies, because there is a lot of herds in unauthorized areas”Renê Oliveira, Ibama

Located in the south of Pará, bordering BR-163 highway, the Nascentes da Serra do Cachimbo Biological Reserve is one of the protected areas most impacted by illegal cattle ranching in the region: according to ICMBio, around 80% of forest clearance there is motivated by livestock production, and about 9 out of 10 fines or land embargoes issued are absolutely ignored by the lawbreakers inside the reserve.

“Even with sanctions, the environmental damage doesn’t stop. The violators do not care for the enforcement actions. They don’t pay the fines, and they keep their activities within embargoed areas, hindering forest regeneration”, says the ICMBio officer. One of the main reasons for impunity is the frequent use of strawpersons in the region: properties are registered in the name of third-party individuals, with the clear objective of escaping the surveillance of environmental agencies.

One way to deal with the problem would be precisely to seize and confiscate illegal herds, one of the administrative sanctions that ICMBio is legally authorized to implement inside protected areas. In Rodrigues’s evaluation, this would be the most effective strategy in cases of repeated offenses, because it directly affects the illegal ranchers’ pockets. “It is the most impactful measure, because it acts on the economic side of the question: that herd generates profit, so when we take it, this cuts the offender’s source of income”, he says.

In the submissions sent to Adepará, ICMBio has also been requesting access to data about proprietors with farms inside conservation units. This information would be a valuable intelligence tool in investigations conducted by the agency. In addition to facilitating the identification of offenders, these data would provide ICMBio with a refined picture of the amount of illegal cattle ranching inside protected areas, providing locations where animals are raised and to whom they are being sold. But Adepará simply does not acknowledge the requests.

“What we do know is that there are hundreds of farms inside protected areas, and that they should not be there, but we have no information on the amount of cattle they keep or where the it is coming from or being sold to, limiting our actions“, says Rodrigues.

The struggle with the state’s agricultural defense agency, however, is not new in the region. In 2009, Ibama (another federal environmental agency, with more police power than ICMBio) was already battling Adepará. That year, during so called “Operation Pirate Cattle”, Ibama contacted Adepará requesting data about cattle ranchers who were illegally knocking down forests to expand their pastures. The request was denied, under the basis of being confidential information.

The case went to court, and Ibama fined one of Adepará’s employees 15,000 reals (US$4,800), for denying access to vital information. This didn’t take long to backfire. In 2011, while giving sequence to Operation Pirate Cattle, the environmental agency seized and moved thousands of cattle head from protected areas in Pará, even without obtaining transportation licenses. Adepará filed an infraction notice, fining Ibama’s inspection team for more than 12,000 reals (US$ 3,850). “This was the region’s last cattle seizing operation in protected areas, as far as I know”, says Diego Rodrigues.

This sour relationship remains. “The Federal Public Ministry understands that the transportation licenses are public documents, which should be available not only to the supervisory agencies, but also to any citizen. Just like wood transport licenses or public officers’ salaries”, says federal prosecutor Daniel Azeredo. “Denying access to this information means breaching the Federal Transparency Act.”

It was based on this argument that the Public Ministry intervened in favor of Ibama, demanding that Adepará opened its data bases to the environmental agency. After years of negotiations, at the beginning of 2017, Adepará finally complied. But only partially. Since then, Ibama has access to data on cattle transportation in the state of Pará, enabling the agency to check the origin and destination of illegal herds. Other important information remains confidential, such on the numbers of animals and the geographical coordinates of the property.

“We know the agricultural sector fears opening these data to environmental agencies, because there is a lot of herds in unauthorized areas”, says Ibama’s general coordinator of Inspections, Renê Luiz de Oliveira. Adepará did not comment or respond to interview requests for this story.

Regarding ICMBio’s requests, the agency only stated in a brief note that they had been “filed during the previous administration”, implying that the substitution of Adepará’s chief director, in May 2017, obligates ICMBio to reissue its requests.

“ICMBio cannot fail to carry out its operations because a state agency refuses to cooperate. If this cannot work by dialogue, the solution is to sue Adepará.”Daniel Azeredo, federal prosecutor

Created in August 2007, Chico Mendes Institute for Biodiversity Conservation (Instituto Chico Mendes de Conservação da Biodiversidade; ICMBio) is a federal agency in charge of managing federal protected areas. Within its jurisdiction ICMBio has police power. In 2009, the federal government issued a norm that described in detail procedures the agency should adopt to deal with environmental offenses. The right to seize exotic animals – such as cattle – was among them.

“Upon finding a violation, we apply administrative sanctions to ensure the environmental damage stops. Besides fines and land embargos, we can also apprehend whatever is causing the environmental damage”, explains Diego Rodrigues, who coordinates ICMBio’s surveillance team in the so called mosaic of Protected Areas around the BR-163 highway in Pará. “We draw a line for cattle: if the animals are in embargoed areas within a strictly protected area, we can seize and move them immediately. If they are in a sustainable use area (a less strict category of environmental protection), we notify the rancher so that he has a period of time to withdraw the animals. If he doesn’t comply, then we confiscate the animals.”

The matter is that to move cattle it is mandatory to have a license. The document is a requirement of the Ministry of Agriculture, Livestock and Food Supply. In addition to containing data on the herd owner, the GTA (short for Animal Transportation License) provides information about herd vaccination, attesting that the animals are up to date with health standards. The goal is to ensure the tracking of animals and plants, to prevent any spreading of diseases across the country.

Rodrigues explains that the removal of illegal herds without GTAs would be a hasty measure. Besides potential public health risks and the distressful situation with food safety and sanitation agencies, the fate of apprehended animals would be uncertain: “We have already identified entities that would accept seized animals as a donation. In the city of Itaituba, the education department has offered to deal with logistics and expenses to transport seized herds, which would go for school meals. However, without GTAs slaughterhouses won’t even admit the animals, since they are of unkown origin”, explains Rodrigues.

According to federal prosecutor Daniel Azeredo, the best scenario would be for Adepará – responsible for issuing GTAs in Pará – to sign a cooperation agreement with environmental oversight agencies, for permanent mutual help. Adepará, however, continues to ignore ICMBio’s requests. “ICMBio cannot fail to carry out its operations because a state agency refuses to cooperate”, says Azeredo. “If this cannot work by dialogue, the solution is to sue Adepará.” 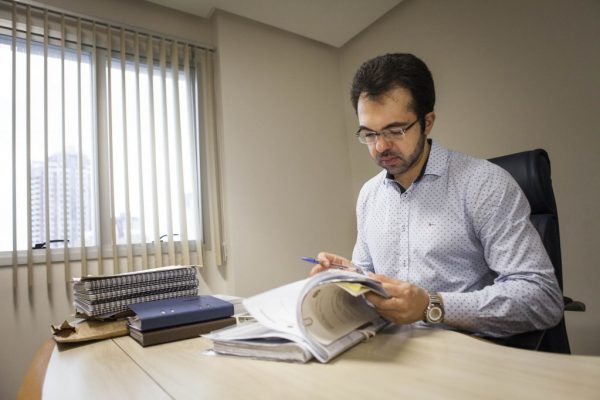 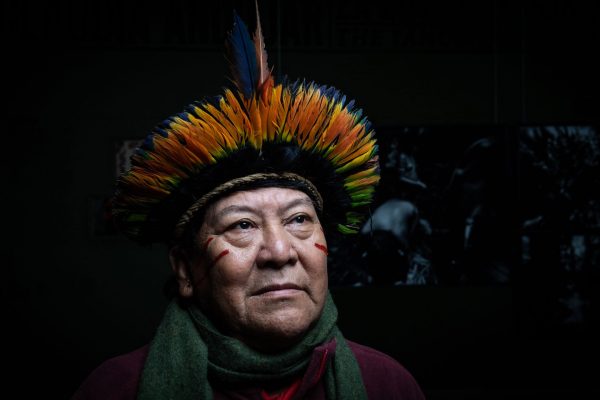