UNEP has released a report underlining the benefits of restoring natural ecosystems. The report advocates that far from being a tax on growth and development, the rehabilitation of nature-based assets will generate jobs, wealth and restoration of multi-trillion dollar services. The report uses case studies to outline the benefits of forest restoration to biodiversity and conservation and the impacts on human livelihoods and wellbeing. The varied ecosystems of each case study outline the many different benefits which forest restoration could offer.   Instituto Terra, a non-profit organisation that establishes nurseries to replant denuded areas in the Mata Atlantica, is mentioned for its services to biodiversity, water regulation, carbon storage and preventing soil erosion. Protecting already intact ecosystems is of course the most logical and cost effective strategy in climate change mitigation, yet more than 60 per cent of global ecosystems - from marshes and coral reefs to tropical forests and soils - are already degraded. On this basis, the report says that restoration must now gain an equal importance.     ·         Increased and higher quality habitats for animals and plants; ·         A secure and high-quality supply of water; ·         Prevention and reduction of land degradation; ·         A secure source of biomass and biofuel energy; ·         Environmentally sound and socially acceptable carbon sequestration; ·         Adequate and sustainable income and employment opportunities for rural communities; ·         Sustainable source of timber for forest industries and local communities; ·         Sound return on investment for forestry investors; ·         Increased resilience and resistance to climate change; ·         Additional sources of non-timber forest products such as medicinal plants and marketable goods; ·         Recreation and tourism opportunities; ·         Increased property values near restored areas; ·         Enhanced economic and environmental security and mitigation of risk form global economic and environmental   Source: Global Partnership on Forest Landscape Restoration (GPFLR), http://www.ideastransformlandscapes.org   Some of the benefits of Forest Restoration: → 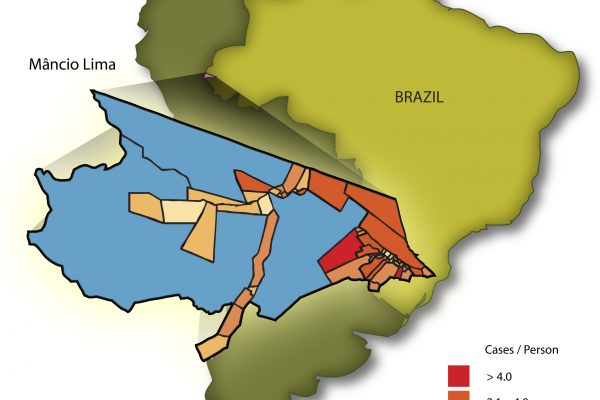 London - A key objective of good forest governance is to establish effective forest management on the part of social organisations, as it is these organisations that attempt to align economic activities with the interests of a country’s citizens. As one of a set of five governance principles seen as necessary for governments to design and implement public policies away from a framework of unrest, Transparency stands out as key. Global Witness, the official NGO observer to the UN-REDD process(United Nations programme for Reducing Emissions from Deforestation and Forest Degradation), recently held a meeting in London to discuss the results of an annual ‘report card’ on forest transparency, with board members from Cameroon, Ghana, Liberia and Peru. Over a four month investigation period, public forestry institutions in each country were probed for their openness in communicating information necessary for the full participation of civil society in forest decision-making. Key themes were transparent decision making, legal access to information and forest tenure and land use. Of all four countries involved, Peru is the only to have an established legal framework that guarantees access to information. As a right recognised in article 2 numeral 5 of the Political Constitution of Peru, transparency is regulated by the Transparency and Access to Public Information Law approved by Law No.27806. Yet research carried out by the sustainable development organisation  Derecho, Ambiente y Recursos Naturales (DAR) uncovered a worrying lack of compliance with this law. Laura Furones, Head of Latin American Development at Global Witness said “There is a clear gap between the theory and the practice. Yes, the instruments exist, but the real question is do they work?” Investigation The investigation, which comprised two main approaches - monitoring transparency in relevant websites and submitting letter requests for information - found the average compliance with legal requirements for websites dedicated to transparency in the forest sector by the institutions in charge of management and conservation of forests to be only 49.5%, while in other non-forest-related institutions it reached 82.6%. Only 25% of requests for further information were responded to. According to Furones, it is difficult to know whether the opacity around forest information is due to a lack of resources or a lack of will. Following the implementation of the US-Peru Free Trade Agreement in February last year, there has certainly been a focus on establishing a legal framework that places a more equal emphasis in the needs of the public sector. In the shadow of violent confrontation and the death of more than 33 people in Bagua last year, a new law on forests and wildlife is currently being negotiated in the Peruvian Congress. It will separate forest resources into zones in the hopes of preventing disputes related to different economic activities. Within four working groups set up by the government, one looked at forest law and indigenous participation. The obvious ramifications of the bill on forest transparency have made it the focal point of meetings up until now. Suggestions from NGOs and experts closed on April 9th and the bill has been presented to Congress for a vote. Yet interests are polarised, and whether or not suggestions on forest transparency will be successfully incorporated into public policy, or even listened to, is currently point of tension. Following the dissemination of the project’s actions, the General Directorate of Forestal y de Fauna Silvestre (FFS) under the national Ministerio de Agricultura announced a commitment to implement a webpage specifically dedicated to information sharing for the benefit of forest stakeholders and local actors. The next forest transparency report card will be carried out again in the final months of 2010, and will continue yearly under the programme ends in three years time. The programme hopes to incorporate a new country into its research each year and is currently undergoing discussions with Ecuador and Guyana. For more information on the forest transparency programme, visit www.foresttransparency.info. →